Atari talk, or the life and the universe and things. Just keep it clean!
Post Reply
27 posts

exxos wrote: ↑
Fri Nov 29, 2019 11:10 pm
Works fine.. just looking for something smaller and lower cost to produce. Can do away with the simm socket, saves like £10 a board, can make the PCB a fraction of the size and add some RAM on it as well. Basically end up with the Acorn type of board. Nothing expensive on it at all.

Yeah i guess they are a little more expensive to produce.

I dont begrudge CJE too much. Yes he's pricey but his market is very niche. Far less customers than Amiga or Atari.
———
I get cranky when asked to repeat myself.
Top

Yes, I have one in one of the A3010s I am working on - was going to keep this RAM board for the one I keep from the ones I've been repairing.
My YouTube Channel - www.youtube.com/GadgetUK164
Top

Maybe you can loan it to me at some point so I can study it a bit better, in return you can test the prototype ones should I go ahead in making a few

I have access to an A310, no idea if the ram upgrade would fit that one 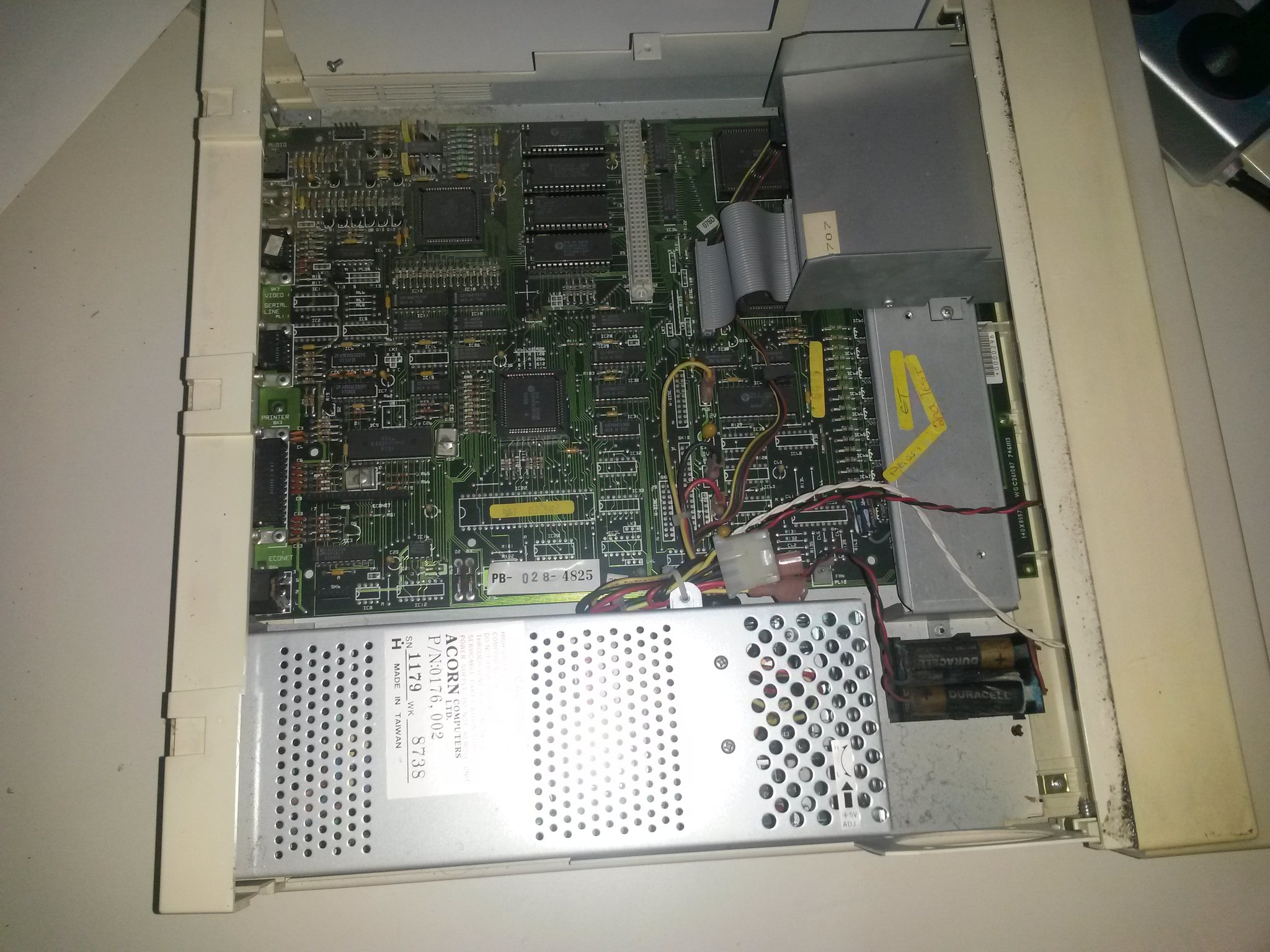 Its these types of boards I am looking towards..

There is an open source one Daniel (one of the startdot mods) did over here: https://stardot.org.uk/forums/viewtopic ... 60#p252009

Thanks, though I'd rather do my own board. I don't know if that board is good or not and not getting in disputes with people of me copying and selling other people's stuff. I have already done the pcb a while ago, it just needs dimensions checking,, building and testing. I'd rather measure against a original board if possible. Though still need someone to physically test my boards in a machine as well.
https://www.exxoshost.co.uk/atari/ All my hardware guides - mods - games - STOS
https://www.exxoshost.co.uk/atari/store2/ - All my hardware mods for sale - Please help support by making a purchase.
Top

The two layer version is tested (although I think the layout could be tidied up), the four layer is basically the two layer tidied up but I never got around to making any as the two layer does behave. SOJ's are a pain to solder, but they work. I couldn't give a hoot if anyone makes these and sells them - that's why I put the design out there!

(the market is tiny truth told).

CJE isn't making those boards, he's reselling IFEL ones, which I think you can probably buy from Steve Picton (who is IFEL) for about £35/pop. He sometimes has them on ebay.

So another rather high priced reseller then

I don't think anything as high sales, I'm just looking for a RAM solution for my next motherboard and that kind of design just looks like what I need. People could even make their own, or by one pre built from my store (or however) ultimately.
https://www.exxoshost.co.uk/atari/ All my hardware guides - mods - games - STOS
https://www.exxoshost.co.uk/atari/store2/ - All my hardware mods for sale - Please help support by making a purchase.
Top

I have an Acorn A4000 with 4Mb of RAM installed. I'll go locate it when i get a minute.
———
I get cranky when asked to repeat myself.
Top
Post Reply
27 posts