I just have an issue with the pricing. Clearly this is a "re-badged" product from Ali Baba 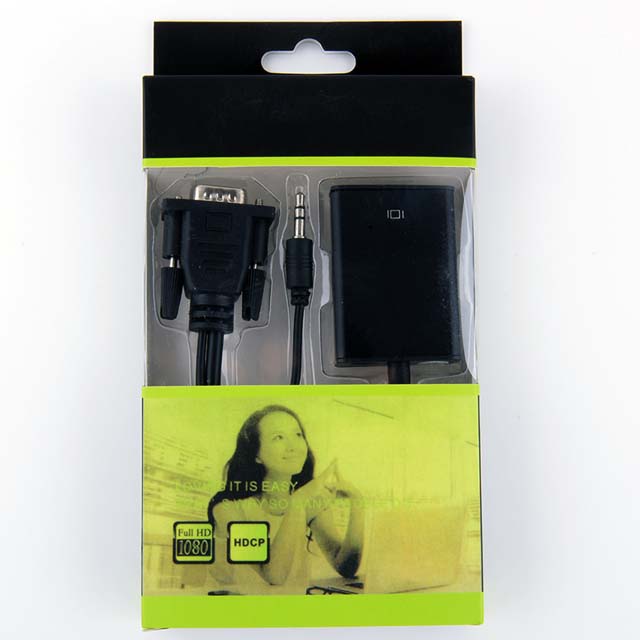 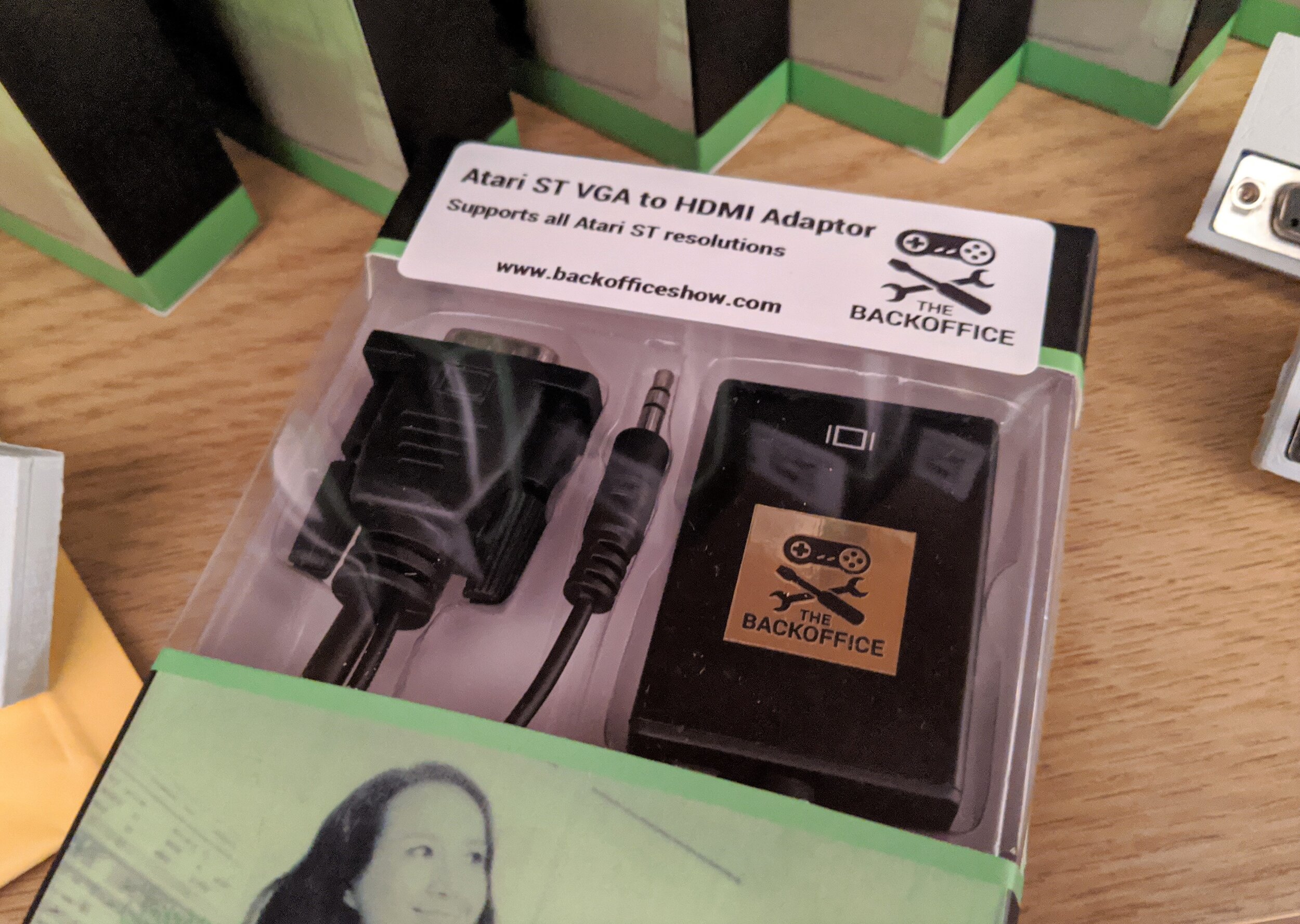 bfollowell wrote: ↑
Wed Nov 13, 2019 6:06 pm
True, but not in this case. That's the whole thing that's different about this one, at least according to the creator. This isn't a simple pass-through like a lot of the cheap VGA to HDMI devices you see on ebay.

From the box it looks very much like this one, which you can buy for 7 - 9 USD: https://www.dhgate.com/product/special- ... 79466.html. The creator of this 100 pound kit was asked on Facebook to confirm that the converter he chose does not simply output a 15 kHz signal on HDMI. (Which would limit the choice of monitors.) He wanted to check but until now he didn't provide any technical specs.

Therefore, I'd really love to read your honest review. Please test with the 8 monitors you mentioned earlier.
Top

It sure looks like the exact same product to me. I guess I got taken. Don't tell my wife!

Maybe I'll wind up being lucky and it will require a 15kHz compatible display and I can get my money back.
Top

I'll definitely give an honest review. I'll be honest on how it works, if it works as he said it will, or how it doesn't. I'll also be honest about what I think of his price-gougingly high price markup on something that he led everyone to believe that he designed and is marketing.
Top

Well, I posted a comment about these findings on Andrew's Facebook and YouTube posts about the device and they have started a firestorm, to say the least. He's asked me to return the device once I receive it for a full refund. So hopefully I'll get most of my money back, less shipping both ways of course. I've learned a valuable lesson, and hopefully others that see this thread or a similar one on AtariAge, and will avoid making the same mistake I did.

If I didn't already have a Best Electronics RGB to VGA cable, and I needed to purchase one, or the RGB to VGA switch adapter he provides, which looks really similar to the wonderful device Exxos sells, but cased, I'd probably consider keeping it, as it wouldn't be nearly so overpriced. Since I don't need that $40 part, it seems as if I'm paying $120 just for the adapter itself that I could buy from ebay for less than $20 shipped. And I'm not convinced now , after reading your guys comments, that it will work with anything other than a 15kHz compatible display, which I already have and would defeat the purpose of buying the device in the first place.

He's asked me to check it out upon receiving it, even if I want to send it back, because he wants honest feedback on it. Again, I can't fault him for that. It's just that, considering what I already own, and the questions that have now been raised about the device, it just seems way over priced for me.

Andrew himself has been nothing but polite, respectful, and professional.

Chalk it up to experience.

When I get time I will do a post about the GBS8200, which is a cheap and easy starting point for what you need. It even works as a scan doubler and flicker fixer when used with an Amiga. You'll just need to get to HDMI from there.
If it ain't broke, test it to Destruction.
Top

Since he (or someone else?) has deleted all post on Facebook so that people over there can't see the presumable source of his VGA2HDMI converter, anymore: Did he in the end answer the questions whether this is in fact a 4 - 7 USD Alibaba product and whether it will just pass 15 kHz through? After all, according to his promo video it's the (and I quote) "Backoffice certified" adapter. I'd expect him to have technical spec, then.
Top

Yes, it seems he has deleted all of it, on his YT my (quite innocent but touching the topic, too) comment is the latest.
Top

Since he (or someone else?) has deleted all post on Facebook so that people over there can't see the presumable source of his VGA2HDMI converter, anymore: Did he in the end answer the questions whether this is in fact a 4 - 7 USD Alibaba product and whether it will just pass 15 kHz through? After all, according to his promo video it's the (and I quote) "Backoffice certified" adapter. I'd expect him to have technical spec, then.

Yeah my post is gone, although it was a reply to bfollowell so I can't say for sure who deleted it.
Top

No, Andrew never did directly answer any of my questions as to whether it is in fact the same device, but looking at the two unmistakably identical devices posted by Atarian Computing, I think the fact that it is the same device is undeniable. Andrew has never offered any technical specs on this device.

In one of the early comments, on Andrew's original Facebook Atari ST and STe users group posts about working on this solution, user Keegan Ostrowski asked "So will it need a special 15khz TV?" Andrew answered, "just a regular one" So, not a definitive answer to be sure, but I ordered pretty much based on that comment and the video alone.

To be fair, Andrew has been polite and and professional about all the concerns I've raised, in spite of the firestorm "my" discovery has brought him, and has offered me a full refund, and asked me to check out and review the device before returning, so I really can't complain about that. Keep in mind though, that I haven't received the device or a refund yet, so I reserve judgement there. For that reason, I deleted my comments until I can fully review the device.

His device comes with the cartridge port USB power adapter thing which he sells for £22 by itself. It also comes with a RGB to VGA adapter switch similar to Exxos' excellent UBE Video Adapter, but in a 3D printed case. He doesn't sell that separately, but let's say £25 for the sake of argument. If we add in £10 for the VGA to HDMI cable and the stereo adapter cable for £3, then that comes to £13, worth of equipment for that remaining £52 out of the original £99 minus the adapter and the power thing. I have no idea how much the RGB to VGA adapter switch or the USB adapter thing cost him to make, so I can't judge markup, but he's charging £52 for £13 or less of cable and VGA to HDMI adapter and by my quick and dirty calculations, that's a 200% markup on those two things. Couple that with the fact that there are now serious doubts that this device will even work with any non-15kHz compatible display, and that's a lot of money.

I'm going to do a full review of the device when I receive it, and I will offer honest comments on what I find out, and will probably post a video as well.
Top
Locked
34 posts