Problems with your machine in general.
Post Reply
51 posts

Thanks.. It looks like the yellow line is the booster pin 1 ?

The signal doesn't look as good as it should be. I suggest you put a 68R in series with the wire going to pin 39 of the shifter... try again... if still problems, add another 68 and try again...

Also have you tried a different floppy drive ? 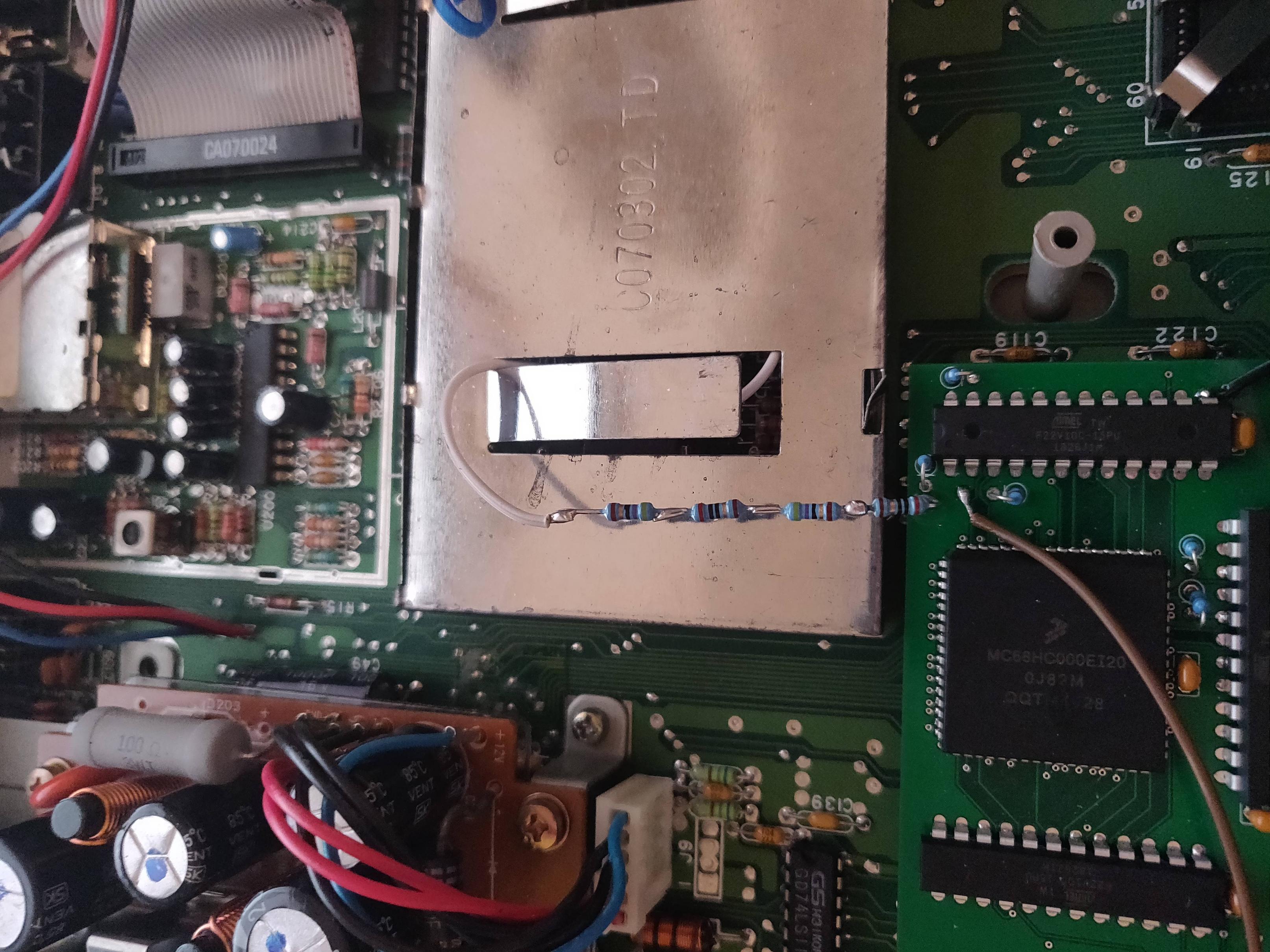 Not yet, because I only have another floppy drive from an Amiga 1200 around! I'm not sure if they are compatible?!

The same -> 4 bombs (but without memory test) 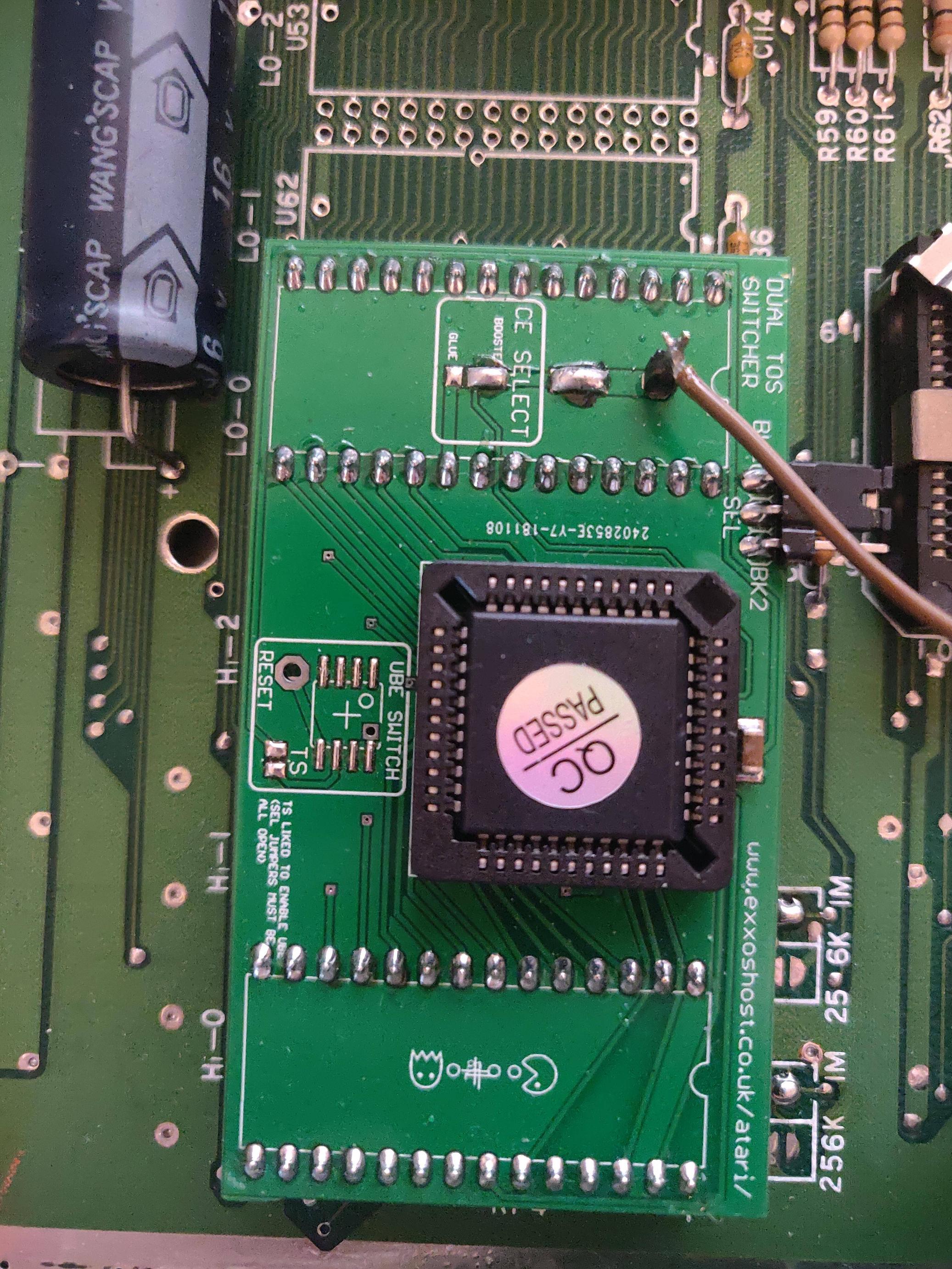 Its probably not worth it I think now... 16MHz is working with TOS104, so either some problem with the floppy drive or the ROM is bad.

I just tried a German one and it boots fine on my machine.

This machine arrived today so I had a look at it..

I used my own PSU & floppy drive testing as they are known working.

I confirm when TOS206 is booted, it crashes just after memory test.

As to why this issue only shows up with TOS206 is a mystery. But I am currently seeing such oddities with my current booster research anyway.

I really think everyone should do this modification to their machine and I am classing it as mandatory now.

I even did a video

Good to hear you were able to fix this weird issue!
I'm also thankful that my problem help others to avoid such difficulties!
Top
Post Reply
51 posts